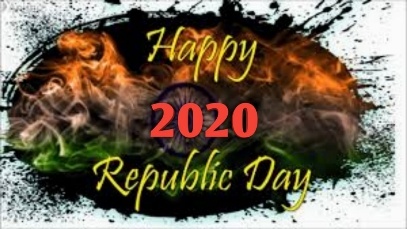 Republic Day As you all know. It is that on 15 Aug 1947 the country was freed from the British yoke after the sacrifice of thousands of patriots.

Thereafter Indian resources and law and order came into force in my own country of 26 January 1950.

My brother and sister had become free for this liberty, thousands of mothers in the lap of their mother – in – law, thousands of daughters out of bounds. After some great sacrifice the country had attained independence.

Dear sisters and brothers supreme worship Mahatma Gandhi, subhas chandra bose, nana rao the queen of jhansi and sardar vallabha patel Like the sacrifices that have dreamed of a free India.

This was not of the kind of freedom that we understood the meaning of freedom.

Freedom does not mean flipping the road when he wants to, strike up the unmanned barriers whenever he wants, Whenever they wanted they came to their office and mobile kept on playing in the family, watching the matches, Violence caused only by chair and vote bank politics and adopting anti – national policies.

If things that were done by the British were taken up by MPS and ministers, there was no difference between the British government and the rule of their country.

The torments of the British were right they if somewhere from heaven only vote incidents like chaos, injustice, tyranny, corruption, rape violence, iniquity and arson  And tears flow from the bosom of power or wealth.

I am Anmol gupta, i warmly welcome you to APNE KO JANO, and hope you liked this article, My mission is to inspire millions of people, i can show you the right path to go ahead.
Website https://apnekojano.com